It’s a Monday, the train was delayed, the weather has decided to have a tantrum. You walk into the office and find yourself muttering “I really hate Mondays..” whilst writing yourself a phone note to claim through the Delay Repay train service. You pass some colleagues in the office, and although you are only half awake, feel you should be polite to ask how their weekend was, “My weekend was great thank you, shame it went so quickly though!”, “Yeah, where did it go? I still haven’t caught up with everything at home!” Fast forward to Friday and you overhear colleagues willing the day to go quicker, “Imagine not coming in on Fridays and starting the weekend early!”

Full-time work in the UK is commonly based on a 5-day working week but policymakers are toying with the idea of whether a 4-day working week could be the answer to the productivity gap. The Labour Party and some businesses, including large household names such as Microsoft, have had success with changes to the traditional norm and fully support a 4-day working week.

A 4-day working week under the microscope

The thought of having an extra day in the week sounds fantastic on a superficial level. However, from a practical stance, would working 4 day weeks actually make people happier? Could it have an adverse effect and actually cause more stress?

According to a YouGov survey, “63 per cent of Britons support a four-day full-time working week.” Whilst it is in high demand, have you considered the possible ramifications?  For example, if there was a reduction of working hours that lead to a reduction in remuneration for workers, how would they feel about that? Would a reduction in hours affect the number of workers required to complete the same task? If workers are working over 4 longer days, would they be able to work those additional hours at the same productivity rate? Would it negatively affect workers’ moods and their work-life balance?

Charlotte Lockhart, the CEO of 4 Day Week Global  said: “Business needs to understand that the way we are working now is getting in the way of their ability to be productive.” But is she right?

Autonomy, a think tank on the 4-day working week, suggests there are five significant reasons to support the movement:

Too good to be true?

As shown above, a 4 day working could have positive impacts on workers. However, there are strong opposing arguments focusing around the themes of happiness, engagement and reward.

If someone is unable to get their workload complete in 4 days, their stress levels will likely increase. If people struggle to fulfil their duties then they may suffer from pressure, worry or guilt. In this scenario people’s days off could be spent worrying, or in the worse case doing the work as if it was a normal working day anyway. It may lead to people staying beyond their normal working hours and working later into the evening in order to keep up with deadlines. Would people really be happier with the loss of their hours in the evening? Are four (possibly) more stressful days be worth the exchange for one full day off?

Would people be happier with less money? Commonly, pay is suggested as a key reason for unhappiness at work, so would this lower wage cause people to become disengaged? People would have more leisure time but less money to spend during this time.

If workers did not want to take a wage decrease on a 4-day working week, they could participate in overtime. However, if workers have to rely on non-contractual overtime it could increase stress from financial concerns and possible burn-out.
There are also significant considerations from an implementation point of view…

Another drawback of a 4-day working week is the actual implementation. Like with any other major change in businesses, reducing the number of working days would provide challenges. Not only would there be challenges initially, but there could also be challenges from the knock-on effects that may have not originally been taken into consideration. It would be naive to think the structure of the working week could change suddenly or quickly.

The impact could be phenomenal on business planning and operations but it may not necessarily lead to the massive boost in happiness that you hoped for. What happens if a 4-day working week is implemented but it does not have the desired impact? What happens if workers realise it was not the lifestyle change they thought it would be?  To change back would be just as hard as the implementation was. Not only because of worker’s contractual shifts but also from the cultural shifts.

It’s clear that for some businesses/industries it would be harder to operate a blanket policy, which could then cause problems on fairness and overall workplace happiness.

Implementation risks and how one problem could then open up a can of worms raises the question of whether having a middle ground would be better? Options such as using working from home and increased working flexibility options would allow workers to feel like they are able to participate in areas of their personal life that may coincide with standard working hours. If flexible working is not an option, other methods could be used, for example, leaving early on a Friday.

Not a one-size-fits-all approach

The implementation of the 4-day working week has been successful for some e.g. Microsoft. Typical success stories are revolutionary companies who are willing to embrace the full onboarding of the change. Each business needs to carefully consider whether a 4-day working week would actually increase happiness for their workforce or create problems. Would it actually be feasible with the time, effort and resources needed to implement the initiative successfully? It is worth noting that there is still limited evidence of the benefits, it is more based on theoretical assumptions.

When considering the case scenario at the beginning, surely the solution is to change the negative energy and create a thriving culture during the working week. This could be more effective than shortening the length of time people work in a toxic culture! If people were happy at work would they be so quick to jump at the thought of an extra day off?

Hannah Patchett
Customer Success Executive - Hannah has worked in HR generalist roles after graduating with a 1st class degree in Human Resource Management (International) from the University of Leeds. She is an associate member of the CIPD and has achieved Level 5 accreditation. Her key interests are in employment law, employee engagement, and turnover and retention.
Email 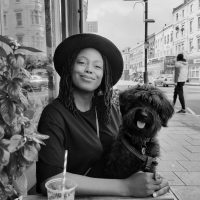 The Happiness Index is excited to welcome Meesh Pallo as our new Head of Happiness and Engagement.  Experienced People Partner, Meesh Pallo (pronouns – she, they), joined the ranks of the THI team this August. Meesh has a history of helping companies live their values and create environments for employees to show up as their […] 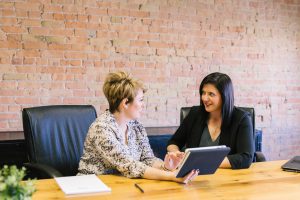 How to build an employee-centric listening program

“When employees say they want their voices to be heard, they are really saying they want leaders who will not just hear them, but really listen to them.” – Forbes Thinking about starting an employee listening program, but don’t know where to begin? Use our step by step guide to think about how you will […] 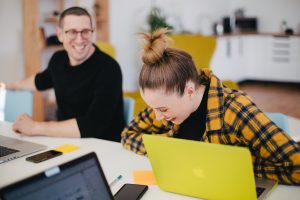 Measuring happiness and engagement in a global context

One of the challenges we speak to people about time and time again is ‘measuring employee experience across different locations’. Frequently this includes those with multiple locations such as a head office, warehouses and public facing locations, such as shops, pubs or restaurants. Creating meaningful insights across very different locations and working environments can be […] 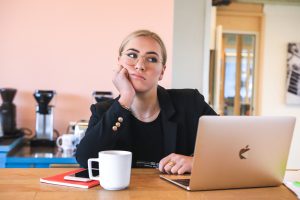 So you’re measuring your employee engagement across your organisation but you’re not seeing the results you’re looking for, right? We speak to organisations daily that measure employee engagement but aren’t able to translate the data into achieving the goals they have set themselves for their people strategy. Want to know why this is? Here are […] 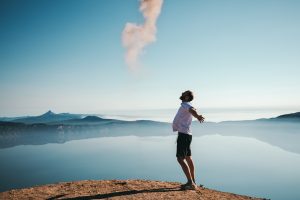 How and Why to Measure Employee Engagement & Happiness

The pandemic has changed the world of work forever. We’re seeing a lot of stress on people’s mental and physical health, and organisations rethinking how, when and where their people work. This poses particular challenges for People and HR teams. If you’re looking to get an accurate assessment of your culture, and how your people […] 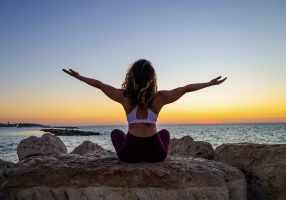 Mental health – and specifically wellbeing – has been at the centre of many conversations recently. Between the stresses and strains of the pandemic and the usual pressure of modern life, many have been struggling. It’s not just high-profile cases like Simone Biles and Naomi Osaka – 60% of adults said their mental health has […]