I’ve always been gadget-obsessed! In fact, I think I began programming on my Atari ST at the age of 5! We live in such an exciting time because there’s so much innovation. Google, Amazon, Apple, Microsoft and IBM letting us consume advances en masse and at scale through their clouds.

The means of interacting with technology is ever changing. It’s becoming much more like a human-to-human exchange… even if we do look like crazy people when we talk to our phones and computers! In the nineties, speaking to a device or uploading a photo and having a machine classify and process it was unthinkable. Fast forward to present day and more and more houses feature Alexa or Google Home. Voice and vision are very much channels we can engage with, and wearable tech and Internet of Things (IoT) provides further enrichment to the data that makes up our digital world.

It’s easy to get carried away by what is possible today. In fact, I have a project to make the worlds first smart bath using a Raspberry Pi! But for me, there have been a number of devices that I feel have been inspirational in helping us to humanise technology: 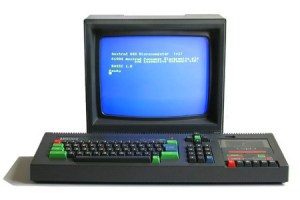 Alan Sugar will always be associated with this personal computer rather than the Apprentice. Featuring 64Kb (wow!) of memory and a tape drive, the Amstrad brought computing from the office into the home. Featuring BASIC it also introduced one of the first programming languages to many of us, even if the program was: 10 print “Hello” & 20 goto 20

* This masterpieces isn’t going on GitHub!

We can be obsessive about the iPhone and iPad but the Newton really was Apple’s first foray into the Personal Digital Assistant (PDA) and portable market. They attempted to change the way we input information from being keyboard based into being able to understand handwriting (albeit from an Apple Alphabet). Sadly, the Newton didn’t really take off. Nevertheless, it started a journey into moving us from desktop PCs into portable devices that could integrate with our everyday lives.

Looking very similar to the Silicon Graphics machines featured in Jurassic Park, these PCs brought horsepower to the desktop. They opened up the way to developing my first Neural Networks and AI algorithms for pattern recognition. They took a long time to learn in comparison to TensorFlow and modern ML. These machines inspired the way to really start humanising tech! 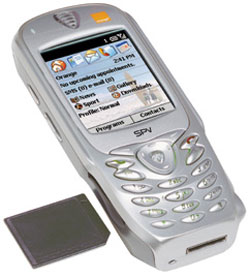 Many people believe the iPhone was the first “Smartphone” – I’d say HTC was there well before Apple. The SPV-200 brought the power of Windows to a portable device. Straight away it opened up being able to watch videos on your phone and browse the internet. People could start to utilise their phones in a way that suited them best.

Whilst in my view HTC was the first “Smartphone” – Apple made it sexy! All of a sudden phones were no longer about making phone calls. They were about consuming information and interacting with the world (and other humans) through different means.

If you don’t have a Raspberry Pi and are interested in learning about code or computing – get one! In fact, I’ll speak to our Content Manager and do a draw to send one to the person telling me the best thing they think they could do with a Raspberry Pi! What did the Raspberry Pi do? Well, it took a computer and made it portable. This meant no longer were you constrained to plugging things into a laptop or box. You could develop and build machines that reacted to the real (human) world. The IoT was born!

Whilst I personally prefer the Google Home, there is no doubt Amazon shook the world when it came to voice. You can now easily speak to a device, have it play music, give you dinner recommendations or even order you a fridge freezer! It’s like having a little robot friend! Voice means we’re no longer required to find a device to type things into but can have sensible conversations. It’s only going to get more intuitive and more human!

So why have I shared these devices with you?

These devices have all shaped the world we live in today. How we interact with technology is ever changing. Marketers focus on a mobile-first world… for me, this is a narrow-minded view. Technology enables us to interact with people anywhere. So we should be considering how technology can be everywhere. If someone wants to interact on a desktop in their office, make a call from a canoe or sit on the sofa watching Ipswich win (highly unlikely) via voice, they should be able to!

Technology gives us the Freedom to Human in some ways (text, voice, vision) we are familiar with but also has the potential to continue to inspire and give us this freedom in many other ways (Nest, for example, will learn when to put your heating on)!

As Head of Robots at the Happiness Index, I endeavour to make our tech accessible to everyone. I’m always looking for new ways to innovate our offerings to cater to more people’s needs! I’d love to hear what you have been inspired by, what technology you love and how it’s given you the Freedom to be Human! 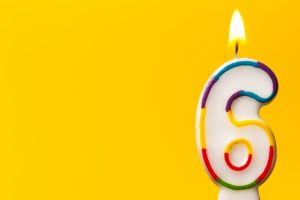 Happy birthday! It’s our birthday today, we’re six years old and even though we’re going through a difficult period with being in lockdown. We wanted to celebrate. When birthdays arrive we often look back and use it as a time for reflection, so this morning I read our first ever blog post. It was the […] 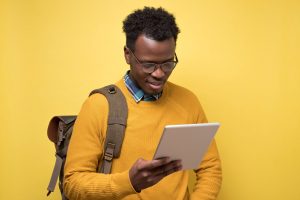 Employee Happiness Levels in Lockdown – Creeping Up but Remain Below Normal

We’ve been offering our Employee Voice 24/7 service on a complimentary basis for over two months now. As we delve into the data for a second time, what has changed about how employees are feeling in the last 3 weeks? We’re asking employees “How are you feeling today?”. They simply score 1-10 (from pretty terrible […] 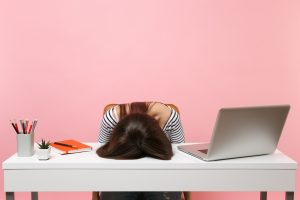 Employee happiness during Covid-19 – how are employees feeling during lockdown?

Latest Data & Themes from Employee Voice 24/7 on employee happiness during Covid-19 lockdown We’ve been offering our Employee Voice 24/7 service on a complimentary basis for a month now. So, what does the data show about how employees are feeling during lockdown? NO SH*T SHERLOCK – EMPLOYEE HAPPINESS DURING COVID-19 IS DOWN… We’re asking employees “How […] 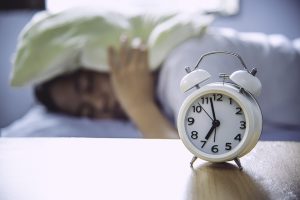 The Impact of sleep on wellness & productivity

The stress of living under lockdown, and dealing with our new world reality is playing havoc with our sleep patterns! One-third of people in Britain are estimated to suffer from a lack of sleep on a regular basis. Poor quality sleep harms your brain’s reaction time, concentration, memory and decision-making ability. As this afflicts so […] 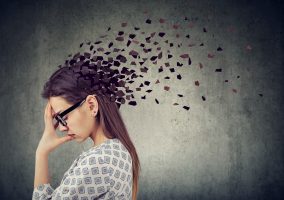 Mindfulness and its impact on happiness

In the previous instalment of my happiness series we discussed moods. They are short-term states of mind with a long-term effect on our overall well-being and happiness.  Sometimes we can recognise what triggers our mood, but they are usually born on a much deeper level. As mentioned, both emotions (good & bad) could have a […] 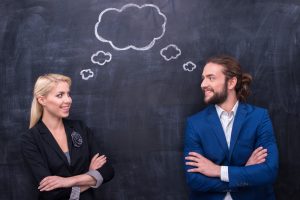 Wow, what a few weeks eh? With a fast-changing situation and unprecedented numbers of employees working from home, self-isolating or ill – it’s critical no one feels isolated.  Now, more than ever, It’s important that you’re able to communicate on a daily basis to help you understand how your people feel and to understand the cultural […]

The Happiness Index BOOK A DEMO