Over the last few weeks the HR twitterverse has spoken extensively about the controversial decision by technology company Basecamp’s decision to ban political conversations on their internal messaging tool. There are plenty of people on both sides of the debate, and other organisations, like Coinbase and even Google have similar policies.

Back up, what is Basecamp?

For those of you who’ve missed out on the dust up, Basecamp recently announced a new policy via a public blog post. This policy banned societal and political discussions. It is thought the announcement was in response to a group of colleagues who created a committee to address diversity and inclusion issues at the company. The golden rules from the policy started with “No more societal and political discussions on our company Basecamp account.” The final golden rule was: “No forgetting what we do here. We make project-management, team-communication and email software. We are not a social impact company.”

Now the dust is starting to settle, what can we learn about the implementation of the policy? Here are our key takeaways from the controversy. I also spoke to Shereen Daniels, Managing Director of HR Rewired and host of the conference Advancing Racial Equality, to get her take as an expert on Diversity and Inclusion.

Lesson 1 – People want to bring their whole selves to work

It’s notoriously difficult to separate the political and the apolitical. At the end of the day, humans and the society we live in are inherently political. Many of the decisions that we make, from what we decide to eat to where we buy our clothes to how we raise our children, could be considered political.

At the end of the day, societal issues and personal politics are going to come into the workplace. The person who has to finish early on a Friday to keep Shabbat, the person who requests a special meal on an away day because they’re vegan, or needs to take a day off to take their child to boarding school. All of these are topics which may well come up in the workplace and are based on political or societal factors.

Shereen says “rather than ban conversations which may go left, find better ways to facilitate open dialogue and teach your employees to hold space for others who are colleagues who want to express how they feel on issues affecting them on a daily business. People are the very essence of a business. Therefore what’s important to them should be important to business leaders.”

Not only is it hard to leave opinions at the door, increasingly people are expressing that they don’t want to do so. At The Happiness Index we believe in the Freedom to be Human. To be human is to be political, and people should be able to bring these parts of themselves to work.

As the examples given above show, it’s hard to leave some parts of yourself behind at the door. However, this is particularly true for people in oppressed groups. Jane Yang, an Asian-American Basecamp employee, left her position in the fallout from the new policy. In her open letter to the founders, she says her decision to leave Basecamp was because the policies “force the most marginalised employees to continue to disproportionately bear burden at work because we do not have the luxury of being able to compartmentalise our existence.”

Of course, some things can be left undiscussed at work, but others can’t be hidden. As Jane so eloquently describes, there is privilege in being able to hide parts of yourself, and those in particularly marginalised groups are the least likely to be able to do this.

The neuroscience we use to underpin our work at The Happiness Index shows that people need to feel safe at work. For everyone to be able to feel psychologically safe, they need to know that living as their authentic selves isn’t going to be seen as political and banned from the workplace.

Lesson 3 – Employees want to be able to share feedback

From what can be gleaned from the outside, it seems as though the new policy was in response to feedback management had been given. This seemed to centre largely around jokes made about unusual names, both of Western and European origin, but also from Asian and African languages. Conversations and feedback around these, and other Diversity and Inclusion initiatives, were shut down by the founders of Basecamp.

Initially there had been positive engagement with the D&I initiative, with 20 members of the company’s 57 strong team being part of the committee. By shutting down the committee as part of the new policy, the co-founders took away this avenue for feedback and growth.

By not involving a wider range of voices in decision making processes, business leaders run the risk of falling foul of not considering voices from different communities. As Shereen points out “This is also a great example of paternalistic attitudes, i.e. ‘father knows best’. It’s also an example of privilege: knowing that the conversations they are seeking to shut down have no detrimental impact on their lives.”

At The Happiness Index we know the importance of employee feedback. Giving people avenues to provide feedback, as well as ways in which they can implement change is key to encouraging employee engagement. Conversely limiting the ways in which employees can give feedback will only lead to explosions of negative emotions.

Lesson 4 – Communication about policy should come before not after implementation

One of the big mistakes made at Basecamp, was that the policy was announced via a public blog post rather than in concert with their team. This undoubtedly added fuel to the fire of the situation. By not involving their people and their opinions into the process, the decision created a massive blow back.

Shereen says, “the ultimate definition of power is the ability to be able to make unilateral decisions which preserve aspects of your culture, make life easier for you, and yet also marginalise those who are impacted by social injustices which play out in society and in the workplace.”

Sometimes, difficult decisions need to be made within a business context. Often these decisions have an outsized impact on marginalised groups. Communication is key to help mitigate the effects of this. By bypassing human communication in favour of an impersonal blog post, the leadership team at Basecamp created a powder keg of human emotion.

Knowing your team and their individual circumstances is key to being able to effectively communicate any large scale policy change. Although sometimes it’s impossible to avoid upsetting people with policy changes, treating people as humans is non-negotiable.

What’s next for politics in the workplace?

Although conventional wisdom may tell us not to talk about politics or religion in the workplace, we believe that this is an outdated way of thinking. More and more, people will be demanding to be able to bring their whole selves to work, and won’t be content to compartmentalise their existence.

Shereen agrees, “employees aren’t motivated by an organisation’s ability to make money. Not anymore.  There is an increasing demand for more values and purpose driven decision-making, including embracing conversations which tackle what’s happening in society. It is naïve of any business leader to feel like that can operate their business in a bubble. The last year or so has taught us that isn’t the case.”

Ultimately, we believe that the future of workplaces are collaborative rather than the command and control leadership style we’ve inherited from the Industrial Revolution. Companies who refuse to acknowledge this are going to get left behind when it comes to attracting and retaining the best talent.

Gemma Shambler
As Head of People, Gemma is responsible for the happiness and wellbeing of the businesses most valuable assets – it’s people! Her passion for developing and growing people led her into the weird & wonderful world of HR, and she hasn’t looked back since. Gemma is an advocate for flexible working and being a working Mum herself, has the first-hand experience of its benefits.
Email 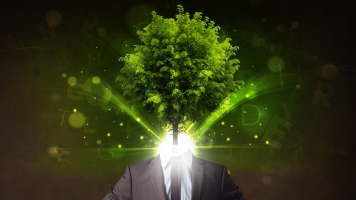 Mental Health Awareness week is a big deal here at The Happiness Index. Our mission is to help provide people with the Freedom to be Human. Of course, all humans have mental health. Whether it’s good or bad relies on a number of interrelated factors. Although genetics do have a big part to play in […]

I am delighted to share that one of our major customers, Sodexo, has agreed to continue working with us as their Employee Engagement & Happiness Platform. Sodexo is a French food services and facilities management company headquartered in Paris and has over 400,000 employees, with a presence in 80 countries. Since we started working together […] 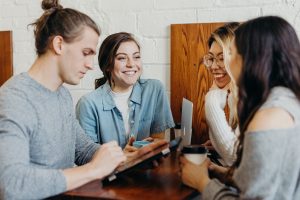 Future of Work | Attracting and Retaining Your People

Back in January, our Head of Global Happiness, Matt predicted that once the economy started recovering from the pandemic we would see the biggest shift in talent in a generation. With the first tastes of post-pandemic life starting to creep back, at least in the UK, this prediction is starting to come true. A recent […] 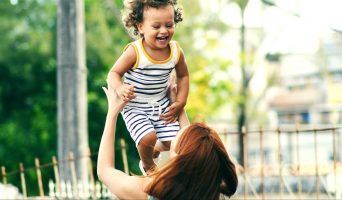 Do you ever feel the pain of Mum Guilt? If so, you’re not alone! Social media manager Amy Downes is on a mission for all parents to ban those feelings. The mum of two is inviting mums and dads to take part in her campaign #BanMumGuilt. There are many things I was expecting from motherhood, […]

Hi there, and welcome to my quarterly customer update. I have one aim when I write these, which is to keep you informed on all the exciting developments that happen within our company and how they should be positively affecting you. In this edition, I will be sharing some exciting news around funding and what […] 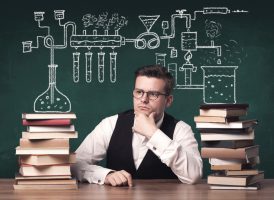 The Biology (and Chemistry) of Happiness

This is inspired by chapter 8 of my book, Freedom to be happy: The Business Case for Happiness I want to discuss the science around happy hormones with you. We often talk about science like it’s one person saying that things are and aren’t correct, but really, there are lots of scientists and sometimes they don’t […]