Increasingly in the modern working culture, businesses are pushed (and are pushing) further towards having diverse, inclusive workforces. This is great to see! What is less encouraging is the number of companies who seem to see this as nothing more than a box-checking exercise. Phrases like “We need more women in tech”, when said without the understanding of why these are important concepts is perhaps as bad, if not worse than the status quo. When you fill a position with a ‘diverse’ member of staff without considering what they bring to your organisation you risk an employee who doesn’t feel included as part of the whole. Diversity, inclusion and belonging go hand in hand; as the Global Diversity Practice puts it: “In simple terms, diversity is the mix and inclusion is getting the mix to work well together.”Knowing how to get that mix to work well together is the key to maximising the success of your business.

I’m sure many HR staff have heard all the above countless times before! Yet in some cases, it still feels as though the staff who bring diversity are not able to flourish. In some cases, they may actively be denied the opportunity to do so because what they suggest is “Not part of their job”. Enter the Adventurer’s Perspective:

So what is an “adventurer’s perspective” on Diversity, Inclusion & belonging?

I’ve coined this term from my own personal life running tabletop roleplaying games, such as the likes of the well-known Dungeons & Dragons. Something happens within this surrounding that I have rarely, if ever, seen in the world of business.

At the beginning of a campaign, a group of people sit around at the table to discuss the needs of the team within the context of the framework established by the ‘Dungeon Master’. In this example, you can liken the Dungeon Master to the CEO, MD or the board – whoever in your business is behind the vision. The players around the table, ready with their dice and pencils to create the characters to tackle this adventure are looking to assemble the right people with the right skills to get the job done. They are the management and HR team.

There’s a concept here that bears mentioning, that of a “Group template”. It determines how your characters will work together as a team without descending into chaos and argument – essentially the company values. A good, cohesive party is built from people who conform to that template, whilst also bringing a variety of skills to the table. The most common thing I hear at my gaming tables during this process is “What’s everyone else playing?”

What IS everyone else playing?

This question forms the crux of the Adventurer’s Perspective. This simple question arises from two main aims:

Your traditional Dungeons & Dragons party consists of four adventurers who fall into the following categories:

The Fighter – strong, brave and carries a big stick with which to face the challenges and monsters head-on in combat.

The Rogue – cunning and quick, the Rogue brings a bag of tricks like disarming traps and sneaking about to avoid challenges that cannot be faced with brute force.

The Cleric – a supporting role, this character brings much-needed healing and spells to enhance and make his allies better.

The Wizard – an intellectual who brings knowledge and mighty spells to vanquish their foes from a distance.

Each of these roles not only brings different skills to their team but different styles of thinking and problem-solving. The player brings their own unique flavour to the role of their choosing. No two fighters will be the same (barring those who try and find a ‘best build’ online, but that’s beyond the scope of this analogy!) I promise that I will bring this back to business strategy momentarily, but first, I have a story to share with you to highlight my next point:

The importance of Creativity

Roleplaying games are, at their heart, exercises in collaborative storytelling and problem-solving. The work we do at The Happiness Index is incredibly similar. It brings together your employees and allows them to collaboratively tell the stories of how they feel in their workplace. Thus empowering you as a business to identify and tackle problems that you may not have even realised existed. But back on topic!

Problem-solving in particular benefits from a diverse set of individuals being involved in the process. Each person brings a unique combination of factors that can be applied to the problem at hand. The solution they devise may not be the one that you, (Dungeon Master) had prepared for, but that doesn’t make it any less viable. It may even be better! Here’s where I diverge into a bit of a personal gaming story:

I once ran a campaign for a group of friends where they were a ragtag group of mercenaries founding and settling a fledgeling kingdom in an untamed wilderness. There was a series of adventures that would lead them to discover that a band of trolls was encroaching on them under the control of a powerful warlord. I had fully intended to work this into a full dungeon crawl – with the party moving from room to room, culminating in the final fight with the warlord. I wanted to introduce the warlord prior to this.

I had him appear at the top of a tower as the players arrived at his stronghold. Every villain loves a good monologue, so I had him taunt and gloat about his plans to crush them. The intention being for him to retreat back to his lair safe in the knowledge that he was unassailable – until they got to him. However, one of my players had recently acquired the ability to teleport short distances. He asked me ‘How tall is the tower?’ The question threw me but I answered him. He quickly reminded me that he could take one other person with him when he teleported. So he grabbed the party’s strongest member, teleported him to the top of the tower and proceeded to shove the warlord off the top of the tower! Anyone who has seen Lord of the Rings knows how well that tends to go for the villain!

What did I learn?

This was a creative use of the skills they had at their disposal to solve a problem in a much easier way than the established norm. The end result was the same but the time taken to do so was reduced because this particular player brought a unique perspective to the game. Another player, even with the same skills, may not have considered this as an option.

This is where I draw things back to the importance of diversity in your business. Diversity isn’t just about filling roles with people of colour or LGBTQ+ employees. It’s about bringing a unique perspective. Hire someone who not only adds the skills you need to your organisation but also thinks and solves problems in a way that will enrich and empower the rest of your organisation to succeed and excel.

Picking the right person to expand your team is not as simple as the person who has the skills you need. It’s about deciding how they can use and apply those skills and the effect that will have on the rest of the team.

So my recommendation is to adopt An Adventurer’s Perspective! Are you hiring the person who will follow the railroad of your company’s story and bring nothing more than following the same tired processes without thinking, or offering a new perspective? Or are you hiring the person who will push a troll from the top of a tower and sidestep all the pitfalls and problems that facing the challenge ‘as intended’ while still producing the results you need easier and more simply?

The Troll-Pusher’s perspective might make you pause, or look at them slack-jawed because that’s not what you expected. However, if you give them the opportunity to try, sometimes you’ll create a much richer story for it. It could push your business in directions you might never have considered without this individual’s valuable, creative insight. Don’t be afraid to let your staff try unorthodox things. This is the diversity you’re bringing, diversity of thought, diversity of self and diversity of skills. Inclusion is about letting them try, letting them think, letting them fail, and learn. Try adopting An Adventurer’s Perspective and ask yourself: “What is everyone else playing?”

Here at The Happiness Index, we take diversity, inclusion and belongings very seriously. So much in fact, that we have created our own surveying solution to ensure that businesses gather feedback and measure insights into their people to help them create a thriving culture that everyone feels like a part of. Check it out here – https://storage.googleapis.com/stateless-thehappinessindex-co/2020/02/ec651682-dib.jpg 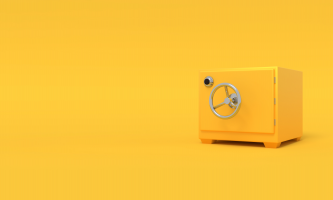 Yesterday our latest Webinar aired featuring our good friend and best-selling HR author Gethin Nadin! Gethin joined our Head of Global Happiness, Matt Phelan, to have a good old rant about all things employee engagement and HR…and to discuss what they would happily throw into the depths of Room 101! First up let’s discover what […] 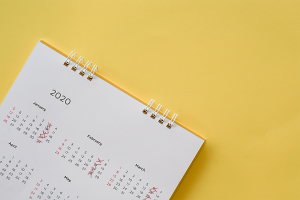 It’s a Monday, the train was delayed, the weather has decided to have a tantrum. You walk into the office and find yourself muttering “I really hate Mondays..” whilst writing yourself a phone note to claim through the Delay Repay train service. You pass some colleagues in the office, and although you are only half […] 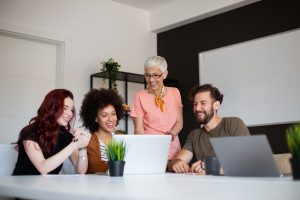 How to get boardroom buy-in for people analytics

Imagine if your company showed the same care and attention to its people as it does with its financial performance… As HR experts, we can appreciate all the unique ways that people analytics can benefit our businesses, by helping us to measure the most important asset we have… Our People. All that’s left is to […] 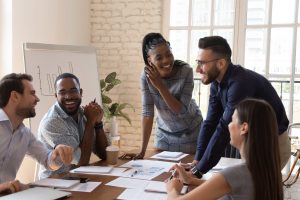 How the environment is changing Like it or not, the world of work is changing. It’s widely accepted that everyone has the right to be happy and fulfilled at work. Workers require more than just a paycheque! Investors and leadership teams are waking up to the damage that can be caused by toxic cultures (e.g. […] 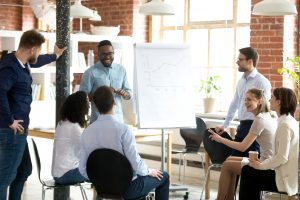 The idea that the only social responsibility of business was solely to increase its profits was popularised by economist Milton Friedman half a century ago. It’s safe to say the times have changed! We reached a tipping point in 2019 with more organisations acknowledging the need for a more “conscious capitalism” that extends the pursuit […] 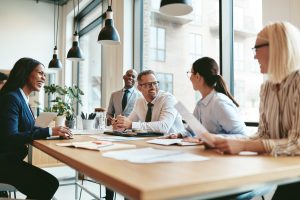 Not much of a reader? Watch our 10-min video instead! The Who, What, Why, How Are you aware that many UK businesses (possibly including yours) are now subject to new reporting requirements? Affected businesses need to detail in their Directors’ reports how they engage with their people. It’s vital that you understand how to comply […]

The Happiness Index BOOK A DEMO